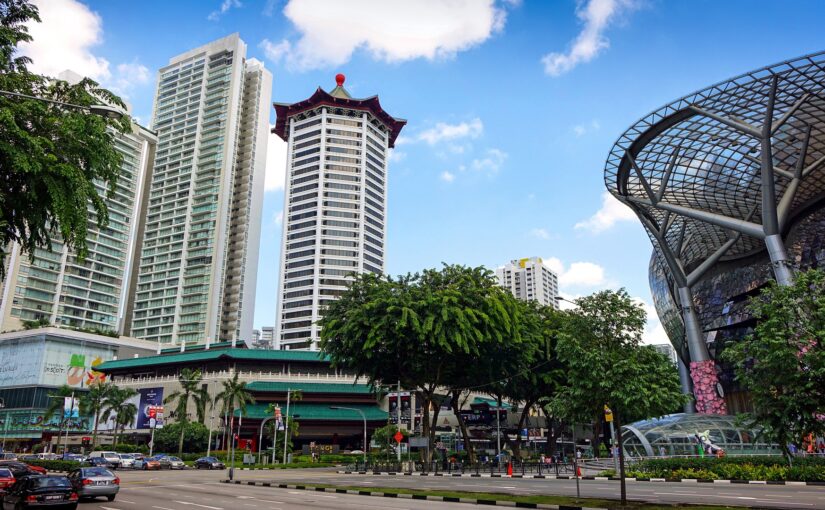 I authored this essay for TODAY’s commentary column which was run on 4 August 2017. Many thanks to Jason Tan of TODAY for the invitation to contribute my thoughts and to the editorial team for helping with the title. I am republishing my submission as public record.

Singapore’s glistening skyline disguises a worrisome decay that has stricken the retail sector over the past few years. Faced with the one-two punch of a smartphone-toting consumer demographics making purchases on-the-go and the relentless onslaught from e-commerce, local retail stores and chains are finding themselves caught between a rock and a hard place. Many have been forced to downsize, relocate in pursuit of cheaper rent or shut down. Amazon’s entry into the Singapore market last week marks another development which could significantly alter the retail landscape here.

It is grudgingly accepted that Singapore and Orchard Road are no longer the shoppers’ paradise they once were. Rumours of Amazon’s planned operations in Singapore had been swirling in business circles and reported by media over the past months, so its entrance into the Singapore e-commerce market last week came as little surprise to me despite the overwhelming demand from consumers. Much of the damage to Singapore’s retail and commercial real estate sectors had already been inflicted by Amazon’s predecessors in Singapore, so this latest development feels less a harbinger of further retail demise along Orchard Road and more the opening act for Amazon e-commerce’s inevitable expansion into Indonesia.

Granted, the decline in traditional retail is a global phenomenon not unique to Singapore. The retail sector in the United States has been hard hit, with nine bankruptcies and apparel companies’ stock prices hitting multi-year lows. Chainstores JC Penney, RadioShack, Macy’s and Sears have each announced more than 100-store closures. From 2010 to 2016, Amazon’s sales in North America grew four-fold from US$16 billion (S$22 billion) to US$80 billion. In comparison, Sears’ revenue in 2016 was about US$22 billion, a mere one-third of Amazon’s growth over six years. In China, local and foreign retail players shut stores without opening new ones over the past few years, with companies such as Parkson and Marks and Spencer hit hard.

While mind-boggling, such phenomenon is not new; new technology and their corporatised torchbearers displacing lagging predecessors have repeatedly played out since the Industrial Revolution. What is more worrisome is the accelerating pace and scale of the resultant labour displacement and the declining job mobility of disenfranchised workers that are keeping politicians and policymakers around the world awake deep into the night. Amazon fulfilment centres employ less people than traditional retail stores and rely heavily on software, robotics and automation. According to the US Bureau of Labour Statistics, the US retail industry has lost an average of 9,000 jobs a month this year, compared with average monthly job gains of 17,000 last year.

Still, with e-commerce in South-east Asia set to hit US$88 billion by 2025 from US$5.5 billion in 2015, further store closures are likely to spread from downtown Singapore into our heartlands. I was just at Kallang Wave Mall this past weekend with my family and almost missed the empty shopfront that used to be a Harvey Norman store. If a store closes in a mall and no one is there to notice, does it still make a sound?

The Amazon of the early 2000s was blamed by some for contributing to the downfall of offline bookstore chains such as Borders. The Amazon of today is a diversified behemoth extending beyond online retail and marketplaces into groceries, cloud computing, content and artificial intelligence; a far cry from its humble origins as an online bookstore that took more than four years to break even after going public in 1997.

Beyond bricks-and-mortar retail, local and regional online players will also come under pressure. Giosis’ Qoo10, Alibaba’s Lazada and SEA’s Shopee are the first three names that come to mind, followed by Indonesia’s homegrown players Tokopedia and Bukalapak. In the online groceries space, Lazada’s Redmart and start-up HonestBee will soon feel the heat of going toe to toe with Amazon’s one-hour and two-hour delivery guarantees. If and when Amazon Prime Video makes landfall, it will join a crowded cast of video streaming options such as Netflix, Rakuten’s Viki, HOOQ, Singtel CAST and StarHub Go in vying for local eyeballs. To be sure, local and regional retailers have started to offer similar integrated services with the likes of Lazada’s LiveUp that also adds the allure of Netflix, Uber and UberEats to enhance consumer loyalty. Same-day deliveries are already being offered by Lazada and Qoo10 by now.

The jury is still out on whether Amazon can successfully woo consumers after Prime Now’s bumpy introduction into the Singapore market last week — uncharacteristic of Amazon given its assumed familiarity with the region and its track record for a well-oiled logistics and delivery in North America and elsewhere in the world. Most of us forget and take for granted Amazon Web Services’ presence in Southeast Asia through Singapore since 2010. While that is 4 years ahead of Alibaba’s S$279.1 million investment in SingPost back in 2014, Amazon is without the extensive logistics and delivery infrastructure it enjoys in North America. But these are early days.

Amazon’s bigger challenge may lie in conquering South-east Asia, home to more than 600 million consumers with a high smartphone and mobile internet penetration in the key markets of Indonesia, Philippines, Vietnam, Thailand and Myanmar. It is also a fragmented region fraught with socio-economic nuances and operating complexities that will take significant resources and time to overcome and may constrain return-on-equity payoffs when compared against larger and more homogenous markets of India and Middle East. Some may even go so far as to claim that Amazon is slow to act in South-east Asia compared to Alibaba, but it would be premature to write off Jeff Bezos’ next move. One thing’s for certain though; to conquer this region, Amazon will need to build up consumer loyalty by delivering the same unparalleled experience it is famed for in North America to regional consumers, starting with Singapore.

Consumers are the biggest beneficiaries of intense online-to-online and online-to-offline cannibalisation as they gain product, pricing and service choices across players. The picture is less rosy for businesses and companies connected to retail brands, stores, mall developers, owners and managers. My family of five has switched the bulk of our consumption away from offline stores to local and cross-border e-commerce from several years ago. I no longer watch cable television, preferring online groceries and home-cooked meals to eating out and have limited our mall visits to coffee joints, the occasional weekend meals and movie outings. I predict more families like mine to follow.

It is easy for shareholders of retail brands, stores, mall developers, owners and managers to misread their tea leaves and be convinced that there is still plenty of time to respond to online threats given their relatively lower cost of financing and larger balance sheets. It is also challenging for non-technology companies to transform management and gain the organisational capabilities to successfully manage the transition to the new retail paradigm. In the meanwhile, Amazon has showcased its checkout-free Amazon Go concept store and acquired Whole Foods for US$13.7 billion. Alibaba also launched three new Hema supermarkets in Beijing and Shanghai with significant mobile and payment integrations as part of its online-to-offline “New Retail” strategy. In response, local retailers here have been forced to up their game, investing in quick-wins such as self-checkout counters and new initiatives including NTUC FairPrice’s first unstaffed cashless convenience store under its Cheers banner, and Sheng Siong’s Allforyou e-grocer service. But is it enough?

The Internet encourages the formation of natural monopolies that aggregate data and users and where winners take (nearly) all. It is not Amazon that is late to South-east Asia, but traditional retail and malls that have largely missed the plot. Bricks-and-mortar retail and malls are set for darker days ahead with further consolidation and loss of market power. However, good malls, however disrupted or transformed, can remain relevant as social and community spaces that offer a respite for gatherings by friends and family amidst a rapidly urbanising region.

New malls will always attract initial buzz and visitors because they represent the undiscovered in the known Singapore urbanscape, but not all malls will maintain their footfall over time.

At the end of the day, a fundamental change has taken place in the conversations between retail tenants and mall owners, with the latter once used to having the upper hand in rental pricing now having to adjust to online retail and its ability to add new brands with impunity at near-zero marginal cost.

The next wave of online retailers will blend the Internet-of-things and artificial intelligence to transform the offline retail experience and extend their reach further into the physical realm. It will be important for Singapore’s corporate leaders and denizens to understand the changing dynamics, step out of their comfort zones and chart their own way forward amidst these turbulent waters or risk being left behind.